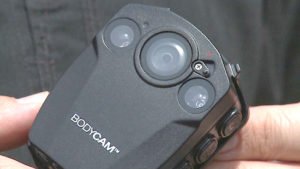 Raleigh criminal defense attorneys like myself have been following the news about the eventual use of body cameras for quite some time.

This past week, the News and Observer wrote about Raleigh Police Department rolling out body-worn cameras. By the end of next year, 600 sworn officers will be equipped with the cameras. At this time, the police department is seeking input from the public.

As I’ve noted previously, body-worn cameras are a good idea, but without proper implementation and regulation, these are just expensive toys that do not provide any benefits to the public or the criminal justice system.

A step in the right direction

The use of body-worn cameras can strengthen our confidence in law enforcement and the criminal justice system, if properly used. Video footage can be used to corroborate a police officer’s incident report and testimony.

It reinforces the testimony of a police officer. By having matching accounts, we can feel confident that the police is telling the truth. If a conviction arises from the testimony and the corroborative video footage, the criminal justice system can feel secure that the conviction is the correct result.

It can also show inconsistencies between the police officer’s account and what really happened. Police officers are not perfect. They may observe events differently than the general public. Their memory might fail them.

Even after documenting everything in their report, it is likely that they did not catch everything. Also, when a police officer is conducting an investigation, they are more concerned with finding you guilty than finding you innocent. Body-camera footage can fight against that police officer’s instinct.

Last week, the Office of the Public Defender in Baltimore, Maryland released body-worn camera footage that purports to show a police officer planting evidence at the scene of a drug arrest.

Thirty seconds after placing the drugs under the debris, the officer returns to where he planted the drugs and “discovers” the drugs. This is only one incident that was captured on video.

Could there be more? Possibly. But cameras only capture video when they are on. And that is central to the issue of body-worn cameras.

Body-worn cameras are not the end-all solution

What would have happened if the officer in Baltimore had turned off his camera? Probably, nothing. As long as cameras can be turned off and on at the whim of a police officer, we must be skeptical of the usefulness of body cameras.

We must ask ourselves “Why was the camera turned off?”

Lack of body-worn camera footage should be held against the police officer and the prosecution, if the police officer did not have a valid reason for failing to capture video. Also, police departments should hold officers accountable if they do not turn on their camera during their shift or turn it off at any point during their shift. It is the only way that we can hold everyone accountable.

Video footage retention is also an issue. The footage should be properly preserved and stored. All of that storage will come at a cost that taxpayers need to consider. It is not only the upfront costs of the cameras.

Body-worn cameras are a step in the right direction. The implementation will be the key to whether the cameras will be effective in keeping police officers and citizens accountable.

The criminal defense attorneys with Kurtz & Blum, PLLC are highly knowledgeable about the use of technology and trends like this. Please give us a call at 919-832-7700 if you find yourself in trouble with the law.