Home Blog How Criminal Offenses Can Affect Your Time at University

How Criminal Offenses Can Affect Your Time at University 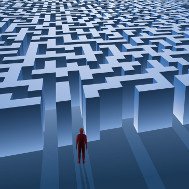 In a post-recession market rife with competition, it is no secret that a criminal conviction can hamstring a young person’s future prospects for employment, schooling, and even military service. Many of these youngsters, however, face a second jeopardy that has rarely made news, until recently. Each year thousands of students face punishment for violations of their university’s code of conduct, and they face the danger of suspension or expulsion from higher education without many of the legal safeguards that ensure fairness and justice in the courts.

Students who find themselves in legal trouble may also be called in to answer to allegations in front of a university administrative panel, sometimes for very serious charges like theft, rape, or assault. There, the student finds herself opposed by a member of the university staff who may have years or decades of experience prosecuting alleged wrongdoers. The student’s only allies are a printed checklist of her rights and, in more serious cases, a copy of whatever evidence the university has amassed against them at the time of delivery.

Because university proceedings are not considered legal in nature, the student defendant does not enjoy many of the protections offered by the criminal legal system. The student is not guaranteed representation by an attorney. The student is not entitled to trial by a jury of his peers. The evidence required to convict the student is far lower in a university hearing than in court, and consequently the probability of an erroneous ruling much greater.

By contrast, the burden of proof in a university proceeding is “more likely than not.” This standard requires the university advocate to convince the hearing body it is 50.1% likely the student committed the alleged violation. A student is far more likely to be convicted in university court than in criminal court based on the same evidence.

The land where criminal and academic misconduct meet is dotted with pitfalls for the accused student. For example, the student defendant can still be charged with wrongdoing by his university if he is found not guilty in criminal court, the charges are dropped, or even if charges are never brought against the student in the first place.  And worse, if a court finds the student guilty or if the student pleads guilty to a crime, that conviction is used by the university as conclusive evidence of the student’s guilt. The university proceeds to punish the student without considering his responsibility.

The hapless student convicted of a code violation will receive little solace knowing she has a conviction on her academic record instead of her criminal record. In an increasingly competitive job and graduate school market, any blemish can cripple the recent grad. As one Wake County District Judge likes to ask those who appear before him, “if I am looking at my top five applicants for a job and one of them has been convicted of a crime, which application am I going to put back in the pile?” The answer, of course, is the applicant with a criminal conviction. A graduate school application examiner would similarly hesitate to admit a student convicted of wrongdoing by his previous school.

So what, then, is the woeful student charged with a code violation to do?

Recognizing the tremendous negative impact a code violation can have on a student’s future, the North Carolina legislature acted. This past August, North Carolina Governor Pat McCrory signed into law NCGS § 116-40.11, theStudents and Administration Equality Act. The SAEA is the first law of its kind in the United States, and marks a giant step forward in the protection of student interests. Section 116-40.11 guarantees all students at North Carolina public universities “the right to be represented, at the student’s expense, by a licensed attorney . . . who may fully participate during any disciplinary procedure . . . used by the [university] regarding the alleged violation.”[1]

While different schools are adapting their procedures differently, one thing is certain: students are no longer required to face prosecution by an experienced university advocate or the potentially devastating consequences of a university code violation alone. The experienced attorneys at Kurtz & Blum, PLLC are already defending accused university students in Wake County and are on the cutting edge of this developing field.

As a firm that has been defending misdemeanor and felony defendants in North Carolina for over 15 years, Kurtz & Blum, PLLC attorneys know how to fight your charges, criminal or academic. As one of the first law firms on the scene to defend North Carolina students and the first law firm to appear before a hearing at NCSU, K&B should be your first thought when you are charged with a crime, a code violation, or both.

[1] The does not guarantee the student access to an attorney for charges of academic dishonesty or charges before a Student Honor Court.
Share: