Home Blog Once More, Without Conviction: Another Case Goes Before the Innocence Inquiry Commission

Once More, Without Conviction: Another Case Goes Before the Innocence Inquiry Commission 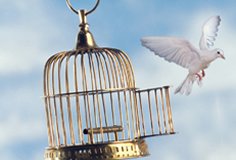 Another Case for the North Carolina Innocence Inquiry Commission

As nice as it would be to have a perfect criminal justice system, we don’t. We do the best we can with what we have, but in a system made up of humans, we must ultimately deal with human failings. When the system works as it should, it ensures that criminal defendants are treated with due process. When it fails, it can have devastating consequences for the accused.

NC Department of Correction inmate Willie Henderson Womble testified before the North Carolina Innocence Inquiry Commission in the hopes of being exonerated. The Innocence Inquiry Commission was developed to rehear cases where all other judicial avenues had been exhausted, but the convicted still claimed that it was a wrongful conviction. Womble is serving an 80-year sentence for the 1975 shooting death of Roy Brent Bullock, who was killed during a robbery of a Butner, NC convenience store. Womble is functionally illiterate, and testified before an eight-member panel that he was physically intimidated by police and pressured to sign a confession that he could not read or understand. Though Womble refused to plead guilty to the murder, the signed confession was used against him at trial and he was unanimously convicted of first degree murder. He has been in prison ever since, and has served almost 40 years behind bars. The panel unanimously recommended that Womble’s case be heard before a board of 3 judges who will make the ultimate decision as to whether the convict is actually innocent or not.

In addition to the disturbing claims of police intimidation, a woman by the name of Shirlyn Walters testified on behalf of Womble that Womble had been a guest in her home on the weekend of the shooting, and that Womble had only learned of the shooting because it was on the news while he and Walters’ husband played cards. A further twist in Womble’s story is that there was a co-defendant in the case, a man named Joseph Perry. Perry actually had been at the crime scene the night of the murder, but refused to say anything to exonerate Womble because he had made a pact with his accomplice not to implicate him in the deed. According to Perry, his accomplice passed away in 2012, and he felt free to do his part to prove Womble innocent now that his friend could no longer go to prison. It was in fact a letter written by Perry to the Innocence Inquiry Commission that helped bring Womble’s case to the Commission’s attention.

If Mr. Womble is successful in presenting his case to the 3-judge panel, he won’t be the first person to have been found actually innocent by the Commission. That distinction goes to Greg Taylor. In Taylor’s case, agents with the State Bureau of Investigation not only falsified lab results to make Taylor appear guilty, they got on the witness stand and lied under oath about their findings at trial. My question is this: how can these people sleep at night? How can they close their eyes and dream, knowing what they know? The SBI agents involved in this debacle are accomplished liars. Not only did they manage to lie convincingly to jurors and judges alike (in violation of their sworn oaths), but they manage to lie to themselves in such a way that they are somehow able to live with what they have done. I’d be impressed if I wasn’t so disgusted.

There are innocent people rotting behind bars right now. They were put behind bars through the sometimes unscrupulous actions of the parties they were supposed to rely on to protect them. This happens over and over again across the country, and it makes me sick. And yet, I’m proud that North Carolina’s Innocence Inquiry Commission is the first of its kind in the nation. I’m proud that we’ve released people who the justice system has failed. When all avenues in the justice system are exhausted, defendants still have one last resort to attempt to prove their innocence. It isn’t perfect – some people are still going to fall through the cracks – but it is a damn sight better than the alternative.