Home Blog Ignition Interlock Legislation Should be a Non-Starter

Ignition Interlock Legislation Should be a Non-Starter 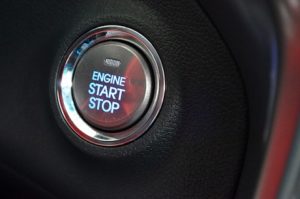 Ignition Interlock for All DWI Defendants Could Mean Undue Hardship

North Carolina is amongst the toughest states in the nation when it comes to dealing with cases of Driving While Impaired (DWI). Roughly 40,000 drivers are convicted of DWI in the Tarheel State each year. Last year, Wake County issued approximately 5,000 citations for DWI, and this year the county is on track to increase that number to 7,000. There is currently proposed legislation being debated in the N.C. General Assembly concerning DWIs, and would make sentencing for those convicted even stricter than it is now. The suggested law would require anyone convicted of DWI to have an ignition interlock installed in their car for one year following conviction.

An ignition interlock device (known by some as a “Blow and Go”) is a machine that connects to the ignition via a car’s steering column. Interlock devices are similar to the portable breath tests used by police officers during roadside stops. In order to start a vehicle equipped with ignition interlock, the driver must blow into the device. If the device registers alcohol in the driver’s breath, the vehicle will not start. In order to discourage cheats, the device also requires period blows while the vehicle is in motion, or the engine will shut down. While they are not as accurate at the Intox machines you find at certain police stations (interlocks can trigger positive alcohol readings after someone has used mouthwash or taken over-the-counter medications with alcohol in them), they still generally do a good job of preventing people from driving after drinking. Currently, around 11,000 drivers in North Carolina have interlock devices installed in their vehicles.

The problem is not the interlock devices themselves, but the proposed legislation that would put them in the vehicle of every convicted DWI defendant. Not all people see it this way. Mothers Against Drunk Driving (MADD) argues, amongst other things, that deaths from drunk driving related incidents have dropped in states that have implemented laws making interlock devices mandatory upon conviction of a DWI. Further, a spokesperson for MADD has argued that statistically, those who are convicted of impaired driving having likely driven drunk as much as 80 times before being caught. I’m somewhat skeptical of this number, especially in a county as populous as Wake. Such a thing would certainly be more possible in a rural county, but as drivers in Wake County can attest, traffic enforcement in the Oak City and surrounding towns is fairly rigorous.

There are times where it makes sense to require an interlock device. Currently, if a person’s license is suspended long-term due to multiple DWIs in close succession, the North Carolina Division of Motor Vehicles requires such an individual to have an interlock device in their vehicle for 3 or 7 years, depending on the number of previous DWIs they have. This is a condition of having driving privileges restored. Individuals who have been convicted of more than one DWI, especially more than one DWI within a few years of each other, have shown that they have difficulties in being behind the wheel responsibly. It makes sense that such people should be monitored more closely. But someone who has picked up 3 DWIs in a seven year period is different than a first time defendant with a BAC of 0.09 who got caught at a police checkpoint.

Additionally, requiring ignition interlock for all drivers convicted of DWI puts more of a burden on poor drivers than is fair. Ignition interlock devices can cost around $1200 for a full year of operation. For a full time minimum wage worker, that represents almost 10% of their yearly salary just to be able to drive. For poor drivers who don’t have access to public transit, an interlock device could mean financial disaster. It’s one thing if they have unduly put the public at risk by driving with an especially high BAC or if this is not their first DWI, but it is another for a first time offender with a lower BAC.

At this point, it is unlikely that anyone rational thinks that driving while intoxicated is a good thing. It’s something that should be illegal and anyone caught doing it should suffer an appropriate punishment if convicted. But being tough on crime is not as good as being smart on crime, and toughening DWI laws that are already tough enough is not going to stop people from driving drunk. Instead of making it harder to drive, why not fund better alternatives to driving, such as public transportation or subsidized taxi rides? Why not provide more actual education to students about the effects of alcohol? It may be easier to punish, but it is not necessarily more effective. Eliminating or substantially reducing the number of people who drive while impaired is a worthy goal, and it deserves a plan that works, not merely a plan that sounds good. Contact our DWI attorneys if you were recently charged with a DWI in Raleigh.