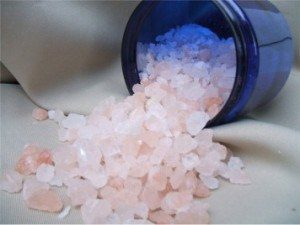 When people hear the word “drugs,” they rarely think of prescription medication. The word conjures images of marijuana, heroin, and cocaine among others. And while the abuse of prescription or even certain over the counter medications occurs, it is the use of illicit substances that most people imagine when considering drug abuse. Notwithstanding this imagery, over the past decade law enforcement has seen a new wave of narcotics on the streets and they are having a harder and harder time fighting them.

Increasingly, individuals seeking a high are turning to synthetic research chemicals for their fix. Research chemicals can be considered an important part of the arms race that makes up the War on Drugs. As each jurisdiction outlaws a particular synthetic narcotic, research chemists as far away as China come up with new substances than haven’t yet been banned, often skirting existing prohibitions by minutely changing the chemical structure of their compounds. Hundreds of synthetic drugs have emerged in recent years and they are often easy to purchase online in large quantities. One such research chemical is making a big impact in drug enforcement.

“Flakka” is the street name for alphapyrrolidinopentiophenone (alpha-PVP). The drug is mainly produced in China, where many other synthetic drugs such as bath salts and synthetic marijuana are coming from. When it reaches U.S. shores, Flakka is distributed by dealers on the ground for as little as $3 to $5 a dose. Flakka takes the form of crystals that can be snorted, injected, vaporized, or eaten. While most cases of Flakka use come from southern Florida, Flakka is increasingly being seen in North Carolina. West Virginia, Pennsylvania, Georgia, Illinois, Tennessee, Kentucky and Ohio have all seen their fair share of cases as well. The drug’s spread seems to be most prevalent in places hit hardest by the abuse of prescription painkillers.

Although the drug can provoke a sense of euphoria, Flakka can also produce a state called excited delirium, which can involve hallucinations, paranoia, and violent outbursts. While high on Flakka, a user’s heartrate can skyrocket to 200 beats per minute and their body temperature can rise as high as a feverish 105 degrees, prompting users to remove their clothing. The high produced by Flakka is tremendous when compared to other drugs such as marijuana, and its cheap price makes it more appealing that other stimulant drugs like cocaine. As such, it is highly addictive. Alarmingly, the negative effects of Flakka such as the paranoia and aggression can remain long after the euphoric high has passed. There is no quick way to detox from a Flakka addiction, and substance abuse rehabilitation centers end up having to sedate heavy Flakka users for 30 days before the worst of the effects dissipate. And even after 30 days of sobriety, erratic behavior that is a side effect of Flakka can still be present 4 to 6 months after the last time the drug was ingested. Many law enforcement officials who handle drug enforcement are calling Flakka the worst drug that they ever seen.

What makes research chemicals especially dangerous is that often times, local officials are not prepared to handle the violent outbursts of Flakka users or are unable to adequately treat medical issues resulting from an overdose of the drug. In Broward County, Florida, home of the city of Ft. Lauderdale, an estimated 29 people died of Flakka overdoses just last year.

On the federal level, the Drug Enforcement Administration (DEA) added Flakka to the most restrictive list of controlled substances, which opened the way for the prosecution of sellers. Convictions result in harsh sentences of 10 years in prison or more. However, some states have not yet enacted similar prohibitions, leaving local law enforcement and prosecutors at a loss to adequately address the sorts of difficulties Flakka use poses.

Unfortunately, it seems unlikely that Flakka will sway hardcore believers of the War on Drugs to begin rethinking drug enforcement policies. Even though the prohibition of stimulants like amphetamines and cocaine are almost certainly behind the rise of drugs like Flakka, proponents of the War on Drugs would rather simply ban anything that could alter your perception (except alcohol, which studies have shown has more of a negative impact on your health than marijuana use). We should be using Flakka as an opportunity to reevaluate drug use and abuse in the United States. Instead, we’ll like just see more casualties of this highly addictive substance in the future.