Home Blog For the Record: Filming Interactions with the Police

For the Record: Filming Interactions with the Police 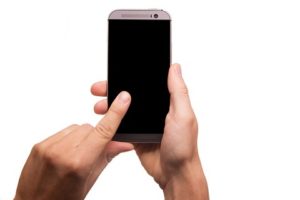 What to Know About Recording the Police

Being a lawyer is a relatively conservative profession. Although we get young practitioners every year and though technology advances forward inexorably, the actual practice of law and the application of technology to the law can be slow-moving as compared to professions such as engineering or medicine. As time passes, however, we find that the law as a whole – enforcement, prosecution, and defense – has had to rapidly adjust to the ubiquity of certain technologies.

Since the shooting death of Michael Brown in August of last year, American citizens and the legal profession in particular have been aware of the … While Brown’s shooting was not recorded, several local residents took pictures of the aftermath, including Brown’s body lying in the sun for hours after his death with no attempt given by authorities to seek medical attention for the teen. Aside from raising issues about racial disparities in the enforcement of law (a subject for another day), the increased attention on inappropriate police behaviors highlights the power of the smartphone.

Although the case of Eric Garner in New York makes it clear that catching a use of force on tape may not end in any punishment for the officer in question, smartphones are changing the game when it comes to police use of force. A bystander in North Charleston, SC recorded Officer Michael Slager shooting Walter Scott in the back as he fled from arrest, and that video resulted in Slager being fired from the North Charleston police force as well as his indictment for homicide. More recently, Officer Eric Casebolt resigned from his job as part of the police department in McKinney, TX after he was recorded slamming a black teenage girl in a bathing suit on the ground and rushing two other black teens with his gun drawn.

The charge was dropped and within two weeks, Mr. Johnson’s phone was returned to him. However, Johnson filed a complaint against WFPD Officer S. Woods late last month alleging that during the course of his interaction with the officer, Woods caused injury to his shoulder and attempted to break his phone. If these allegations are true, especially the allegation regarding that Officer Woods attempted to break Mr. Johnson’s phone, this is a serious breach of trust between society and an officer charged with enforcing our laws. Even if Officer Woods erroneously believed that he had a justifiable reason to arrest Robert Johnson for filming his actions, there is absolutely nothing justifiable about an attempt to subsequently break that recording device.

The American Civil Liberties Union of North Carolina, for instance, introduced a phone app last month which allows users to send footage of police to be sent directly to the organization, thereby preserving evidence of police misconduct even if the video is later deleted from the device by an unscrupulous officer. If you or someone you know wishes to keep track of police interactions, this app may prove useful.

Remember, you ARE allowed to film police, but your filming must not in any way interfere with an officer going about their business. If your attempts to keep the cop in frame somehow makes it difficult for an officer to do their job, then you could find yourself charged with Resisting, Delaying, or Obstructing a Police Officer. Additionally, if you are in the process of being arrested, yourself either for an outstanding warrant or because you are being charged with something like Driving While Impaired or Shoplifting, an officer can ask you to stop filming them.

More transparency in community-police relations is a good thing, because a badge does not make someone honest or give them good character. This firm strongly supports better access to dashboard camera footage from police vehicles, as well as the efforts of local law enforcement agencies to equip officers with body cameras. Whether officers like it or not, when they are in uniform, they are public figures. Officers are supposed to have a sworn duty to protect and to serve, and for those members of the police who might be inclined to abuse their privileges, perhaps the knowledge that they could be filmed at any moment may keep them on the straight and narrow.