It's Time to Reduce the Prison Population in America 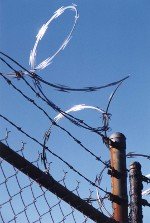 The Time for Reducing Mass Incarceration is Now

For many years, the response of politicians and legislators to dealing with crime has been to be tough on it – and not just tough, but tougher than anyone that came before them. As a result, the United States now incarcerates more people than any other country in the world. Roughly 25% of the entire planet’s prison population is held behind bars within the U.S. This is in spite of the fact that our nation contains only 5% of the total world population. And even though we lock up more people than any other single nation, we still have higher violent crime rates than any of our peers in the West. Simply put, the current paradigm of the prison industrial complex is not making us any safer, does not reduce crime rates, but is costing us fortune.

Something like 2/3rds of inmates who are released after serving time will be rearrested within 3 years of that release. Half of those released will end up sent back to prison for the offenses they were rearrested for. While this may seem like an argument for longer periods of incarceration, in fact, this has more to do with the lack of rehabilitation programs within prisons than anything else. Imagine a 25 year old male prisoner being released from detention after serving a 6 year sentence for burglary. Under current North Carolina state law, that former inmate will receive a period of supervision post-release, and not much else. Funding for G.E.D. programs in N.C. prisons is not what it should be and there is rarely any practical skills training for individuals who may want to take up trades. Therefore, that 25 year old will likely be no better equipped to make a legitimate living when he is released than he was when he was sentenced.

Incarceration is primarily a problem of the states – 90% of individuals currently locked up in the U.S. are held in state prisons or local detention facilities. This means that in order to decrease the problem of mass incarceration, we must look to the states and not the federal government in order to make substantial changes. And it is possible. States like California, New Jersey, and New York have all taken steps to reduce their prison populations by a quarter and have succeeded, all without any corresponding increase in crime. Although North Carolina prisons currently only house just over 38,000 inmates (which is less per capita than some other states), even N.C. could benefit from reduced rates of incarceration.

According to statistics from the North Carolina Department of Correction, it costs on average $29,160 a year to lock someone up in this state. For comparison, it costs only $1,566 a year to have someone on supervised probation. Probation, which is part of sentencing known as “community corrections,” has proven to be an effective way to monitor people who have been convicted of non-violent crimes such embezzlement or selling drugs. Anyone who has been on intensive, supervised probation can tell you that it is no picnic – some misdemeanor offenders actually ask to go to jail rather than be placed on probation. Truthfully, probation can sometimes complicate matters by having requirements that are so stringent that it’s difficult NOT to violate one and end up with probation being revoked. To North Carolina’s credit, the Justice Reinvestment Act of 2012 modified probation law in the state to drastically reduce the number of probations that get revoked, making it possible to only automatically revoke someone’s probation if they “abscond” (which means leave the jurisdiction without permission or fail to report to a probation officer) or if they are convicted of a Class 2 misdemeanor or above.

As has been mentioned in previous blog posts, cost alone should not be the only factor we consider in the criminal justice system. Just as cost should not prohibit due process from being done, neither should concern for cost prevent us from locking up those individuals who truly should not be out amongst the general public. However, we should consider that even for violent crimes, individuals tend to “age out” of criminal behavior.  A person in their late teens or early 20s who commits a violent assault is much less likely to do so in their late 30s. Keeping older offenders locked up has diminishing returns for ensuring public safety. Indeed, research done on the subject has found that longer sentences do not significantly discourage criminal behaviors.

Incarceration still needs to happen. For some offenses, it is the only humane, appropriate punishment available. But America seems addicted to locking people up for longer and over less than just about any other civilized nation in the world, and it is time for changes to be made. There are better ways to address criminal behavior than merely locking someone away for decades.