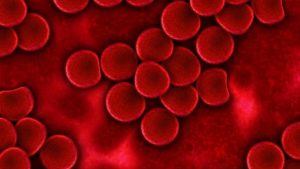 In Wake County this year, law enforcement estimates that there will be over 7000 charges for DWI filed before the end of December rolls around. Most people are aware that law enforcement uses breath samples to prove Driving While Impaired. The use of the ECIR II Intoxylizer device is in fact the most common method of determining impairment in Wake County. Although the machine can sometimes be used improperly, the courts in Raleigh consider the ECIR II to be an extremely accurate way of gauging impairment. A breath test is not, however, the only way of determining impairment.

In a minority of cases, officers may decide to draw blood in order to help make the case that a driver is intoxicated. Usually, this is either because an individual has willfully refused to submit to chemical testing of their breath or because police suspect that a driver may have narcotics such as cocaine or marijuana in their system. The ECIR II, while almost always accepted as evidence of impairment when it is offered, is only useful for determining whether or not an individual has alcohol in their system, which is why officers may have to turn to blood testing when investigating a DWI. When breath testing fails and law enforcement feels that it is necessary, police may get authorization to stick a needle in your arm to make a case against you.

If at all possible, police are supposed to obtain a warrant when collecting blood from a suspect who is unwilling or unable to consent to chemical analysis. Under certain circumstances, an officer may be justified in doing a warrantless blood draw, but it is limited. For a long while, the police justified these types of warrantless blood draws in DWI cases on the grounds of “exigency,” a need so great that it excuses the necessity of a warrant. As most individuals know, the impairing effects of alcohol begin to wear off as your body breaks the chemical down. As the body metabolizes alcohol, a person’s BAC gradually decreases as well. Most often this so-called “exigency” was that alcohol decreases in the bloodstream over time, and the delay in getting the warrant could result in the dissipation of the evidence of the crime. In the case of Missouri v. McNeely, the U.S. Supreme Court held that the gradual decrease of alcohol in the bloodstream over time is not enough on its own in most cases to justify drawing the blood of someone suspected of a DWI without a warrant. Under McNeely, this natural disappearance of alcohol from a suspect’s blood does not automatically discharge a police officer’s duty to obtain a warrant for a blood draw.

Sticking a needle into someone’s body without their permission is one of the most invasive acts the State of North Carolina can perform on its citizens. Such a violation of bodily autonomy may be necessary at times, but if it is, it is a deed which should be treated with a certain amount of gravity. If a blood draw is required in order to preserve evidence, such as getting a sample for chemical analysis in DWI cases, then a warrant should absolutely be presumed. The warrant requirement wasn’t written into the 4th Amendment of the Constitution to unduly interfere with the ability of law enforcement agencies to catch criminals – warrants were made part of the 4th Amendment in order to prevent officers of the law from trampling on the rights of the public. The rights of DWI suspects are just as worthy of protection as any other individual’s – the fact that someone is alleged to have driven drunk does not pardon the State if it violates the Constitution.

The McNeely decision recognizes that concerns over public safety must be balanced by an appreciation and respect for the Constitutional rights of defendants.

Wake County and the City of Raleigh both help to fund the City-County Bureau of Investigation (CCBI), a crime lab that handles basic forensic toxicology and fingerprinting services for all of the law enforcement agencies in Wake County. In practice, this means that the court system in Wake County gets results back from blood testing in DWI cases far more quickly than in other counties, where law enforcement has to rely on the overburdened SBI Crime Lab for their testing.This also means that defendants in DWI cases are much more likely to find themselves facing a mandatory $600 fee for lab testing upon conviction, as the State is able to use the blood in a case against the defendant.

Blood cases can oftentimes be more difficult than standard DWI cases because of the complications they present. Therefore, it is imperative that anyone charged with a DWI and who has also had blood drawn seek out experienced counsel to help them deal with their case.