Home Blog Underfunded SBI Is a Disgrace to Justice

Underfunded SBI Is a Disgrace to Justice 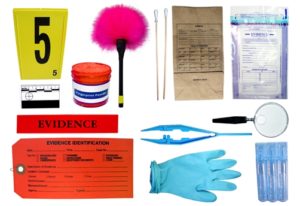 Lack of Funding for the SBI Crime Lab is Morally Bankrupt

The North Carolina State Bureau of Investigation (SBI) is tasked with assisting local law enforcement agencies with investigation of difficult cases. Although the SBI has jurisdiction throughout the State, it generally only gets involved with cases at the request of local police departments, or high profile crimes that span county lines. Perhaps the most utilized branch within the SBI is the State Crime Lab. Although the SBI also maintains smaller forensic laboratories in Asheville and Greensboro, the main lab in Raleigh has analysts from the full spectrum of forensic disciplines, and reviews evidence from cases in each of North Carolina’s 100 counties.As the current legislative session draws the a close, the State Crime Lab is facing another year of too much work and too little time.

According to a report by WRAL, the SBI Crime Lab receives roughly 38,000 evidence submissions every year from 600 police departments around North Carolina, and that number is increasing. At present, the State Crime Lab in Raleigh, NC employs 124 people to process and analyze all of this evidence. In the DNA division alone, analysts worked a combined total of more than 4,500 hours of overtime in an attempt to keep up with the workload. Due to the backlog, defendants can end up spending months or even years in jail waiting for the results of DNA testing.

In addition to dealing with increases in evidence submission rates, analysts at the State Crime Lab are paid an average of 16% less than individuals with the same occupation in the private sector, or even analysts at smaller labs run by city or county governments. As a result, turnover is relatively high for analysts at the State Crime Lab, with heavy workloads and low pay commonly cited as reasons for leaving.The Lab is unable to attract and retain top talent because of these working conditions.

Backlogs in the SBI Crime Lab have prompted some counties and municipalities to increase funding for their own local forensic laboratories, or to create them from scratch. The Raleigh/Wake City-County Bureau of Identification (CCBI), for instance, has been aiding in criminal investigations since it was established in 1937, but in recent years, county commissioners have increased the agency’s budget so that it can better handle the needs of law enforcement throughout Wake County. Since the CCBI only receives evidence submissions from Wake County law enforcement agencies, cases involving certain types of forensic evidence have a faster turnaround time in Wake County than they would otherwise. However, not all counties have the resources that Wake County does. Law enforcement agencies in smaller counties HAVE to rely on the SBI Crime Lab for their forensic needs. Furthermore, the CCBI does not process every type of forensic evidence, so in cases where police need DNA examined or ballistics evidence evaluated, even Wake County law enforcement must rely on the State Crime Lab.

Not all crimes are going to require the services of a forensic lab. Most individuals that find themselves in a courthouse will end up there without a “CSI” worthy investigation. Be it a lowly misdemeanor like possession of marijuana or a felony like embezzlement, the vast majority of cases are handled by courts around North Carolina without any need to process a crime scene or collect forensic evidence. When cases do require investigation by a forensic analyst, however, there tends to be more on the line for defendants. DNA evidence, for instance, is most likely to be collected in cases of violent crimes like rape or homicide. The results uncovered by a forensic analyst in a case like that may literally mean the difference between life and death for the criminally accused. And it is downright disturbing that the State of North Carolina is using underpaid and overworked analysts to draw these kinds of conclusions.

As readers may have gathered from a previous blog post, I’m none too fond of the SBI Crime Lab. I think that the lab fosters distrust in defendants and is too friendly with the prosecution for me to feel completely comfortable with testing. That being said, the lack of funding for forensic testing in this State is appalling, and may have contributed to the problems uncovered at the SBI Lab back in 2010. After all, if you don’t have the time and money to do the job properly, then it is easy to get sloppy in your work. An increase in funding for the SBI Crime Lab is not going to be enough to cure all of its ills; as with most things, there is no simple fix to the problems that plague the lab. An increase in the lab’s resources, though, might go a long way to fostering the kind of environment where solid, unbiased forensic testing can be done. For all of my issues with the State Crime Lab, the citizens of North Carolina would be better served if it was better funded.