Proposed SBI Move Isn’t a Step in the Right Direction 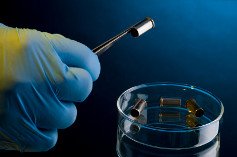 The North Carolina House of Representatives voted to change the position of a state law enforcement agency within the bureaucracy. The plan under consideration would move control of the State Bureau of Investigation from the Department of Justice and place it under the jurisdiction of the Department of Public Safety. The SBI Crime Lab, on the other hand, would remain under the auspices of the Department of Justice. The purpose of the plan is to streamline the SBI’s operations, and make it possible for other statewide law enforcement agencies such as the Highway Patrol to more easily share information with the SBI. While it makes sense to move the enforcement and investigation wing of the SBI to the Department of Public Safety, and even more sense not to include the SBI crime lab in the move, the proposed plan does nothing to address certain fundamental issues experienced by the SBI crime lab.

The reputation of the SBI crime lab has been less than pristine after the organization was rocked by scandal back in 2010. Across a 16 year time span, employees of the SBI Crime Lab withheld or distorted evidence in at least 230 cases, all in a misguided attempt to secure convictions. Analysts from the lab gave testimony at criminal trials which supported these misrepresentations of fact. At least 10 people were sentenced to death row at the result of the work of these analysts, and 5 of those individuals are STILL on death row.

Not only does false testimony bring the due process protections of the justice system into question, it also costs the State of North Carolina money. Greg Taylor, the first person to be exonerated thanks to the Innocence Inquiry Commission, settled out of court for $4.6 million after his wrongful homicide conviction was overturned. Then-SBI blood analyst Duane Deaver reported at Taylor’s 1993 first-degree murder trial that a substance found on Taylor’s vehicle was blood. However, Deaver did not admit at the time that a more sophisticated test on the substance produced a negative result. Deaver only disclosed this fact when Taylor’s case was being reviewed by the Innocence Inquiry Commission. This revelation led to a study that uncovered the abuses listed above.

The SBI crime lab was not the only lab to have problems. A special commission put together by the National Academy of Sciences published a report in 2009 discussing the strengths and weaknesses of forensic labs nationwide. The study found that many forensic analysts had problems with overemphasizing the vigor of their particular disciplines. Furthermore, other studies suggest that when crime labs are under the control of law enforcement or the prosecution, the labs tend to behave in manners that support the conclusions of law enforcement and the prosecution, to the point where it damages the scientific impartiality they are supposed to display. The SBI crime lab had a distinct slant in favor of the prosecution. Test results that seemed to direct attention away from defendants were obscured or just plain hidden, while positive test results always made their way into the final lab reports. The Department of Justice does not exist to exonerate suspects – its main goal is to hold people accountable for criminal acts. That is a good idea in theory, but in practice, innocent people have suffered when the desire to convict outweighed the desire to find truth.

Forensic evidence doesn’t come into play in the majority of criminal cases; the average drug paraphernalia case or instance of misdemeanor larceny doesn’t generate a crime scene to be processed. Not even being charged with a felony guarantees that your case requires intervention from a crime lab. However, in large part, the cases that do necessitate use of forensic evidence tend to be more serious in nature, with correspondingly serious consequences for conviction. Because of the consequences of convictions obtained through misuse of forensic techniques and through recognition of the biases inherent in letting the prosecution or law enforcement have authority over crime labs, the National Academy of Sciences recommended that publicly funded criminal testing labs be made independent from police departments and District Attorneys’ Offices, much like medical examiners. In that way, the SBI lab would still benefit from funding by the State, but would not be implicitly encouraged to have a bias in favor of one side over the other.

No one is saying that a State Crime Lab is a bad idea, or that the State shouldn’t pursue forensic testing of evidence. Done correctly – and with a proper grasp of the limitations of particular techniques –analysis of forensic evidence can be a valuable means of proving a person’s guilt. However, in order for there to be any sort of confidence in the system, citizens need to feel that the people who investigate crimes are interested in finding out the truth, not just in producing a suspect. Leaving the State crime lab under the jurisdiction of the Department of Justice means that the side with an interest in proving guilt gets first crack at the forensic evidence. It makes it more likely that a bias in favor of the prosecution will continue. And it does nothing to assure the fairness of the overall criminal process.