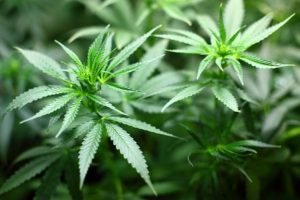 Prohibition May Not Be Answer To Ending Drug-Related Crime

Although the drug trade is certainly alive and well in Wake County, overall we are blessed to have little in the way of drug-related violence that plagues other areas of the country or the world. However, the buying and selling of drugs is a part of the cultural landscape of the Triangle. And unfortunately, this trade ended up having devastating consequences for one local teen.

16 year-old Katherine Burdick-Crow was killed on June 26, 2015 after a drug deal gone wrong. Four defendants between the ages of 17 and 20 met Burdick-Crow in Walnut Creek Park in Cary, where the victim was going to sell the defendants some marijuana. After money and drugs changed hands, the defendants robbed Burdick-Crow and attempted to make their escape. Ms. Burdick-Crow climbed on the 2003 Ford F-150 pickup driven by one of the defendants, presumably in an attempt to stop the group from getting away with both drugs and money. During the altercation, Burdick-Crow fell off the truck as the foursome fled from the scene. The victim expired from her injuries at WakeMed Hospital.

This tragic case serves to highlight the need for smarter drug policies, so we don’t have 16 year-olds selling weed in local parks under the cover of darkness. According to interrogation affidavits, the group contacted Burdick-Crow to set up a weed buy when the true intention was to rob her of her product. In other words, the victim was targeted deliberately for a robbery because someone perpetrating an already illegal activity is far less likely to go to the police. Why else would she have tried to take on four individuals by herself and not simply call the law instead? I doubt sincerely that any of the defendants wished any harm on Burdick-Crow beyond the strong-arming necessary to obtain any drugs on her person, but the inherently illicit nature of a drug deal meant that Burdick-Crow felt cornered and could only respond by trying to stop her robbers from fleeing. Her death was a terrible accident, but that fact doesn’t make her any less dead.

Even if lawmakers do decide to alter drug policies to be more responsive to the realities of drug usage and the type of people who use drugs, it doesn’t mean that we won’t still have teenagers breaking the law. But it could mean that we help to provide meaningful treatment and work experience for addicts trying to get back on their feet. It could mean not imprisoning non-violent drug offenders and saving money on corrections. It could mean fewer people dying of drug overdoses. But right now, the drug policy in North Carolina is doing none of those things, largely leaving the work of dealing with drug addicts to private organizations and non-profits. It has to end – we need to start looking at ways to help people, not simply punish them.

A good starting place is to increase public funding for establishing  drug treatment programs, especially in neighborhoods with a high rate of drug traffic. These programs should be voluntary but they should be promoted as an alternative to jail time or probation. Another intelligent move would be to promote jobs programs in high drug traffic areas, as a decent number of folks turn to selling or using drugs due to a lack of prospects. Finally, we should look to legalize (but regulate) certain hallucinogens such as marijuana, LSD, and psilocybin mushrooms. Like it or not, people want to have mind-altering experiences – it is better for both overall public health and safety if individuals have access to such substances safely than from random dealers. Regardless of how drug policy evolves in the future, it is clear that not enough is being done as it stands now.