Bill to Help Hospital Employees May Hurt the Mentally Ill 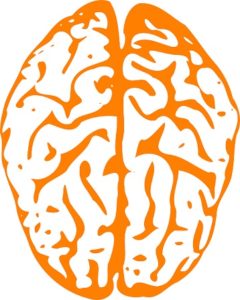 A new law set to take effect on December 1st of this year could mean that mentally ill individuals waiting for beds in psychiatric hospitals could end up with felonies on their records.

The legislation would make it a felony for anyone to attack a hospital worker on hospital grounds. The bill was originally proposed in response to an increase in attacks on hospital personnel by patients in recent years, especially within statewide emergency rooms. On the surface, there is very little objectionable about the bill. Hospital employees do important work to maintain the health and well-being of patients and they deserve the protection to do their job in safety. And it is not an idle worry either – attacks on healthcare personnel or social service workers account for close to 75% of all workplace-related violence in the United States. However, the increase in attacks on hospital workers has a strong correlation to the decline in public funding for mental health treatment, especially right here in North Carolina.

North Carolina cut funding for public mental health clinics in the early 2000s as part of budget revitalizations. Many facilities that cared for indigent patients with mental illnesses closed as a result, which meant that residents were suddenly put out on the street and people in outpatient situations were no longer able to get their medications or therapies as easily. Because of this, increasingly poor individuals seeking treatment for mental illness have to rely on the emergency rooms of state hospitals to get the care they need, even though emergency rooms may not be the best places for such persons. The problem of mentally ill individuals in emergency rooms is on the rise as well. At one point earlier this year, WakeMed had to close its emergency department to all but serious cases for more than three hours. The reason? There were 65 psychiatric patients in the emergency department.

Mental illness is sadly one of the least understood or addressed issues when it comes to criminal justice policy. Wake County lags behind when dealing with mentally ill detainees, and only a limited number of correctional facilities in North Carolina are equipped to deal with severely mentally ill inmates. Detention and correctional employees are not always adequately trained in how to deal with mentally ill individuals who are under their watch, and as such, you end up with outcomes like Michael Anthony Kerr’s. Kerr died last year shortly after arriving at Central Prison in Raleigh for mental health treatment and it was found that his ultimate cause of death was dehydration – a condition that was likely brought on due to paranoia from his untreated schizophrenia. And yet, mental illness is a fact of life within the criminal court system.

People with a diagnosed mental illness are significantly more likely to end up interacting with the criminal court system at some point in their lives than someone who is neurotypical. It is even more likely if the person who is mentally ill is poor. Access to quality mental healthcare has been shown time and again to reduce criminal behavior for someone who has a mental disorder, but we are now at a time where that access has been drastically reduced in North Carolina. From 2005 to 2010, North Carolina cut 700 beds in public psychiatric facilities. A psychiatric patient in a North Carolina emergency room has to wait, on average, 8 days to be transferred to an appropriate psychiatric program. Emergency rooms are equipped to deal with acute medical issues, not the long-term needs of the state’s mentally ill. Yet because of state budget priorities, that is exactly where the mentally ill are ending up.

With some modifications, I could get behind the new law 100%. But as it stands now, the main outcome I can see is more folks with mental illness ending up in our state prison system, where there is very little guarantee that they could get the help they need to manage their conditions. The United States already imprisons more people and for longer than any other country in the Western World – why add more unnecessary bodies to our already overcrowded system? This law is NOT going to stop someone who is already not in their right mind from committing a crime of violence; all it will end up doing is putting them in a situation that is worse for their condition. Instead of penalizing the mentally ill, we should be working towards better access to psychiatric treatment for people with lower incomes and making employees of the criminal justice system more aware of the impact mental illness can have on crime rates. The General Assembly’s “Tough on Crime” approach here is not smart, and we’d be better served by a smarter approach.