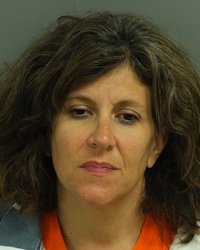 It took only 3 hours of deliberations for jurors to convict Joanna Madonna of the murder of her husband, Jose Perez. Madonna was then immediately sentenced by the judge to life in prison without the possibility of parole. Ms. Madonna, a former schoolteacher who was working in the office of a local defense attorney at the time she was accused of murdering Mr. Perez, has been at the center of a trial that ended on September 28th, 2015 with her being found guilty of first degree homicide.

Madonna killed her husband in June 2013. Almost from the start, she admitted to her role in her husband’s death but maintained that it was an act of self-defense and not a premeditated killing. Unusually for a criminal trial, Ms. Madonna took the stand in her own defense and testified over the course of several days. Ms. Madonna stated that her life had been one of hardship, including dealing with parents who abused her and numerous occurrences of sexual exploitation from the time she was 5 up through her teen years.These experiences led to her abusing drugs and alcohol, and also contributed to her responses of the night of her husband’s death.

Madonna alleged that the victim was violent and abusive towards her, and would regularly threaten to kill himself if she left him. During her testimony, the defendant said that on the night of Perez’s death, Perez threatened her with a gun, but the gun went off and hit Perez instead. According to Ms. Madonna’s account, this enraged Mr. Perez and caused him to attempt to strangle her. Only then, testified the defendant, did she act to defend herself.

Attorneys for Ms. Perez played up the idea that Perez’s death was not intentional nor was it pre-planned, rather it was a case of self-defense. In the defense’s 90 minute closing statement, attorney Deonte Thomas said that Madonna made one key mistake after she stabbed her husband – she failed to pick up the phone and call police. If Ms. Madonna had involved police from the start, argued Thomas, then there would be a much different conversation occurring. Thomas highlighted a lifelong history of poor choices on Madonna’s part, citing multiple failed marriages in addition to struggles with substance abuse. Under that set of facts, Ms. Madonna should not be convicted of murder on the basis of her faulty decision-making skills.

The prosecution was skeptical of Ms. Madonna’s claims. Perez’s body was found dumped in a ditch on the outskirts of Falls Lake and was riddled with at least a dozen stab wounds. A doctor testified that Jose Perez’s physical condition prior to his death was not such that he could have attacked Madonna, as Perez’s health was poor and that sort of strenuous activity would have been challenging at best. The doctor’s account supported the prosecution’s theory of the case, which was Ms. Madonna had tired of her older, ailing husband and wished to do away with him so that she could get on with her life. Dr. Robert Falge, who was one of Jose Perez’s treating physician, said that the deceased suffered from numerous health issues such as back pain, arthritis, heart disease, and diabetes. Before his death, his health was so poor that Perez had difficulty walking by himself.

Police officers who first questioned Ms. Madonna about her husband’s demise recounted suspicious behavior on her part during the investigation. Wake County Sheriff’s Detective Brian Gay noted that when informed that her husband’s body had been found, Ms. Madonna immediately covered her face and fell to the ground sobbing. However, upon closer examination, she did not shed any actual tears. Further, she initially lied to family about Perez’s whereabouts, claiming that he had left for Florida. These behaviors spoke less to a woman who killed a man because she feared for her life and more to the behavior of someone who intended to kill her husband (and now was attempting to cover it up).

At the end of the day, the jury decided to convict Joanna Madonna. While this trial was certainly followed closely in local media (as have others in the past), no one in this office watched the trial in depth, so we don’t feel qualified to comment as to Ms. Madonna’s guilt or innocence. Suffice to say, the situation was one that Ms. Madonna deemed important enough to warrant a trial in her own defense as opposed to taking a plea bargain, and we by all means respect that sacred constitutional right.It seems that her attorneys fought their hardest for her, and even though she was found guilty, we hope that she was given the full benefit of a fair judicial process. After all, most days that is all any of us in the criminal justice system can hope for.