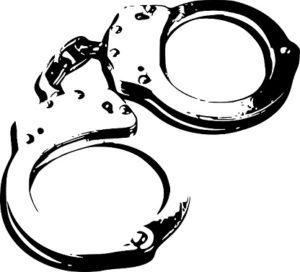 For almost 100 years, individuals aged 16 and up have been considered “adults” for the purposes of criminal court in the State of North Carolina. Although people under the age of 18 are classified as “minors” in every other aspect of life in N.C., in the criminal justice system, you can find yourself treated as an adult at about the same time you learn to drive. As it stands, North Carolina and New York are the only two States in America that automatically treat 16 year olds as adults when they are charged with crimes – all others draw the line at 17 or 18 years of age (with 18 being the more popular choice). These minors are treated no differently than offenders three times their age in misdemeanor court and are given very little additional consideration in felony court.

Research indicates that human brains do not fully develop until our early to mid-20s, and that we undergo a great deal of cognitive development during our teens. Puberty is a time where it is more likely for rational decision-making to take a backseat to impulsive behaviors, and there is a heightened risk of ending up in front of a judge. In no other area of the law is a minor below the age of eighteen treated as an adult, yet North Carolina still behaves as though a 17 year old is an adult when they commit a crime.

Minors who are dealt with in juvenile court are afforded special protections. Judges have the ability to exclude random members of the public from observing juvenile delinquency adjudications. When arrested, minors are not typically forced to have a mugshot taken, which might later end up online. It’s more difficult to incarcerate juveniles and they are given more access to rehabilitative services than adults. Records of juvenile delinquency proceedings are not accessible via public record searches and juveniles are given significantly more leniency in having their records expunged than adults. All in all, it is far easier to recover from a brief brush with the law as a juvenile than it is as an adult.

State lawmakers are contemplating the possibility of coming more in line with the rest of the nation in dealing with minor offenders. A bill was introduced into the N.C. House this session called The Youthful Offenders Rehabilitation Act. This bill would continue the tradition of having people 16 and older charged with felonies dealt with in adult criminal court; 16 and 17 years olds charged with misdemeanors, however, would be handled in the juvenile justice system.

Some commentators are against the move to bring more people into the juvenile system on the grounds that the juvenile court system is considered by many to already be inadequate for handling the cases of minors 15 and under – putting 16 and 17 year olds into juvenile court would therefore strain the system further. While cost should most certainly be a consideration during legislative discourse, the processes of our judicial system should not be motivated solely or even mostly by budgetary concerns. Doing justice should be the highest priorities of the judicial system, and to do justice right may cost money. If the measure passed, it wouldn’t go into effect until the beginning of 2020 – not soon enough to help the thousands of minors who will find themselves in adult criminal court on misdemeanor charges between now and then.

There are plenty of people who do thoughtless, stupid things when they’re younger. Rash, poorly planned decisions are nigh on a hallmark of the teenage years. Certainly, there are many adults who can think back to their own teenage years and hit upon at least one instance where, if circumstances had been different, they might have found themselves in criminal court. I could go on to discuss my opinions about increasing intervention of the criminal justice system into matters that had previously been dealt with by parents or schools (although I suspect faithful readers of this blog already have a shrewd guess as to what my thoughts are). However, I prefer the idea of handling all criminal cases of minors under the age of 18 in juvenile court. The ability to transfer a juvenile to adult court would still be available for particularly extreme or heinous crimes, so why not handle the other cases in a better venue? One that’s been designed to serve young people who have made bad life choices?

However the General Assembly’s final decision on the bill turns out, I am heartened by the fact that we have local lawmakers who are willing to work towards a justice system that recognizes the difference in judgment between a full adult and people who are still children for all other purposes of the law.