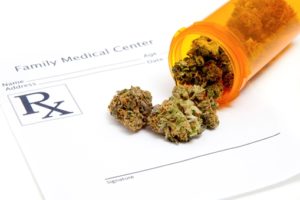 Approval for Medical Cannabis is Growing Like a Weed

In what some are calling a historic move, the United States House of Representatives voted earlier this month to no longer enforce federal marijuana laws in states which allow the use of the substance for medical reasons. 21 states and the District of Columbia have either legalized marijuana for medical use, or decriminalized it if the drug is being used medicinally. The federal government has been dialing back its decades-long War on Drugs in recent months, and this move by the House is seen by cannabis activists as an important step to rolling back federal restrictions on marijuana altogether.

Medical cannabis is most commonly used to treat chemotherapy induced nausea and vomiting (CINV). Marijuana use has been tied with increasing the appetites of chemo patients, and many patients respond better to medical cannabis than they do prescription medications designed to treat CINV. Getting CINV under control can be important for the overall prognosis of cancer sufferers, as the bodily weakness caused by chemotherapy is often exacerbated by patients’ inability to hold down food.

Legitimate clinical studies of the health benefits of medicinal marijuana are hard to come by in the United States, because federal restrictions on the drug mean that it is legally difficult to study. There is, however, burgeoning research to suggest that medicinal use of marijuana may help with epileptic seizures, diminish Parkinson’s tremors, and slow cell degeneration in Type I diabetes patients. Some researchers hope that a loosening of federal restrictions on the sale and use of medicinal marijuana by states could mean that soon the therapeutic benefits of cannabis can be more fully explored.

Growers in Colorado have been receiving a lot of attention from parts of the medical community because they bred a strain of cannabis known as “Charlotte’s Web.” Charlotte’s Web, named for a 7-year old seizure patient who was one of the first people to benefit from the plant, is low in tetrahydrocannabinol, or THC. THC is the psychoactive ingredient of marijuana. On the other hand, Charlotte’s Web is high in cannibidoil, or CBD, a cannabinoid that appears to aid children with extremely rare (and extremely debilitating) seizure disorders. Though there are no clinical studies to back up these findings, parents of children who are affected by seizure disorders such as Dravet Syndrome report that administering concentrated oil derived from the strain of marijuana plant drastically reduces the number of seizures experienced by their children. Furthermore, due to the low-occurrence of THC within the Charlotte’s Web cannabis strain, consuming the oil does not cause users to get the sensation of being “high” which is associated with recreational marijuana use.

The concentrated oil from Charlotte’s Web, known as “Realm Oil,” is legally available in Colorado and there has been a push by some North Carolina parents to make the oil legally available in this State for medicinal purposes. Earlier this week, a panel North Carolina House approved a bill which would allow patients to use Realm Oil, and the bill is now set to move through the Finance Committee. The bill is still a long way from becoming a law, but legislators here in the Tar Heel State are considering the potential health benefits of products derived from cannabis.

Personally, I have no problem with even the recreational use of marijuana. Overall, it seems to have fewer negative health benefits than alcohol, and doesn’t seem to produce the same lack of inhibitions that alcohol does. There are people who believe recreational marijuana is a bad thing because they are against mind-altering substances on principle. Though I disagree with that opinion, I respect those who hold it. That being said, it is absurd to continue to ban a substance that might produce tangible assistance to individuals with chronic illnesses. A cancer sufferer should be able to smoke marijuana as a means of coping with the stress of chemotherapy. Children suffering from seizures should be able to use Realm Oil as part of their treatment. And research facilities should be allowed to explore the health possibilities of cannabis. There will be persons who fake illnesses as a means of getting access to legal marijuana, but I am less concerned with the recreational use of medical marijuana than I am about the recreational use of other medicines, like Oxycontin or Xanax.

There is no denying that attitudes about marijuana use are changing. Even here in North Carolina, possessing a small amount of marijuana for personal use usually results in little more than paying court costs and a fine when caught. Yet, a marijuana charge can still negatively affect a person’s job prospects, as well as preventing them from receiving federal aid for higher education.This is bad enough for someone who is using the drug recreationally; this takes on a whole new level of unfairness for someone using marijuana as relief for a medical condition.But I will acknowledge that lawmakers, on the whole, seem to be making the right choices with regards to medical marijuana, and that is something to be applauded.