Your Vote May Change How Courts Are Run in North Carolina 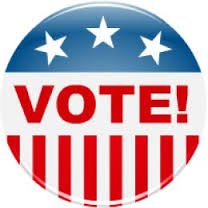 Important Considerations for the Coming Election

Unlike judges in federal courts, who are given lifetime appointments, all judges in the State of North Carolina except for magistrates are elected to office, and much of the concern with having candidates having to solicit private donations to run for office has to do with the need for judicial impartiality. It is one thing for a judge to feel that they owe something to their constituency as a whole. It is quite another for a judge to feel beholden to individuals who donate to their campaign.

North Carolina used to have a novel approach to deal with the danger of judicial bias as a result of campaign contributions. Started in 2004, the voluntary public campaign financing program allowed authorized candidates for positions in North Carolina appellate courts to have their campaigns funded from a pool of public money. Almost all candidates for the State Supreme Court and State Court of Appeals took advantage of the program during its existence. To qualify, judicial candidates had to raise a certain amount of money on their own to prove that they were serious contenders for the position they were running for. The program was repealed last year by the N.C. General Assembly as part of its overhaul of the State budget. Now, candidates for North Carolina’s highest courts must fund their own campaigns, or take the time and effort to solicit of campaign funds by themselves.

Although I also disapprove of the necessary evil of fundraising when it comes to electing members of the State Legislature, I also recognize that the legislative sessions themselves are designed in a manner that allows for members of the General Assembly to conduct their campaigns while not actually doing the business of making laws. During a two-year term, the General Assembly will typically only be in session for 7-8 months in total, not per year. Appellate court judges, on the other hand, preside over cases anywhere from 9-10 months each year. Time spent focusing on fundraising is time not spent focusing on important questions of law, and since justices at the Court of Appeals and Supreme Court hear cases ranging from criminal to family law, from contract disputes to personal injury cases, this change has the potential to impact all areas of law in the State.

This comes at the same time that N.C. voters will be deciding whether to allow criminal defendants in superior court to waive their right to a trial by jury and proceed with a bench trial instead. Bench trials are where a judge rules on a defendant’s guilt or innocence as opposed to a jury. Bench trials are the norm for misdemeanors in district court, but under current North Carolina law all superior court trials must be heard by juries.

Although the vast majority of cases in the criminal system are resolved through plea negotiations, trials still have a significant place within the process. There are times where having a judge decide the issue of guilt or innocence is advantageous. Jury trials are more expensive both in terms of time and use of resources. Even for minor cases in misdemeanor appeals, it can take two hours or more to select and empanel a jury of twelve. Jury selection can go on for days for high profile felonies. Judges may also be less likely to be swayed by gruesome or violent details relating to the offense because they routinely deal with such emotionally fraught material. Furthermore, because judges tend to have more exposure to forensic evidence and investigative procedure than the average citizen, a judge may be better equipped to weigh the evidence against the arguments being made by either side.

A study of trials in federal courts determined that bench trials were almost three times as likely to result in acquittal of the defendant compared to jury trials. However, it bears repeating that the majority of our judges in North Carolina are elected into office rather than being appointed as in the federal system. It would be nice to think that this would have no effect on the outcomes of cases, but I believe that I am too cynical to buy that. In a case with a close question of guilt or innocence, there will be a temptation for a judge to decide the case with a mind to the potential political ramifications instead of the evidence alone. Some judges will be able to ignore that temptation. Human nature being what it is, I know that not all judges will be able to resist. Still, since defendants will continue to have the ability to seek a trial by jury, I am not entirely opposed to the option for bench trials in superior court cases.

We’d like to take the chance to remind everyone that the deadline to register for the upcoming election is October 10th. Election Day 2014 will be on Tuesday, November 4th. Not only will be electing the normal round of trial and appellate court judges, but those of you in Wake County will have the opportunity to vote for a new District Attorney as well. Voting is one of our most important civic duties, and we hope that all of our readers who are eligible to vote take the time to do so.