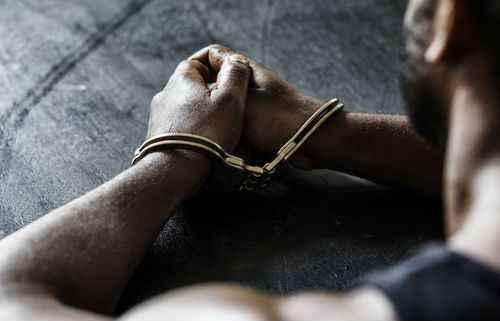 A rape allegation can be highly confusing and emotionally charged. Like other sex crimes, the vast majority of rape cases have no independent witnesses and conflicting accounts of what happened. Still, fueled by community outrage, prosecutors may take charges to trial that should be reduced to a lesser charge or dropped altogether due to insufficient evidence. For these reasons, it is extremely important to speak with an attorney as early as possible if you are accused of this crime.

At Kurtz & Blum, PLLC, we are cautious and attentive, and we know how to carefully mount a strong defense for our clients. If you are contacted by the police in reference to a rape, or if you have been arrested and charged with the offense, contact us right away to put a knowledgeable North Carolina rape defense lawyer in your corner.

North Carolina law can be complicated when it comes to the treatment of a rape crime. Here are some of the most common rape charges that can be brought in North Carolina:

Other Types of Sexual Offenses in North Carolina

As you can see, a prosecutor can bring a wide array of sexual offense charges against someone in North Carolina. The primary distinctions between the different offenses are the act and the age of the alleged offender and the victim. For example, the type of force required for rape is much the same as that of a first-degree sexual offense, except that a sexual offense crime includes other forms of penetration other than vaginal intercourse. Likewise, sexual battery also involves force, but the act can be as minimal as groping or other forced touching, without any sexual penetration.

Penalties for Rape in North Carolina

Rape and other sexual offenses in North Carolina carry a wide range of penalties. This is why it is important to work with an attorney who has an in-depth understanding of North Carolina criminal law. The attorney will know how even the slightest change in facts can alter the nature of an offense, the available defenses and the potential punishment which a person faces if convicted.

Keep in mind: A person convicted of rape or any other sexual offense in North Carolina could face many other consequences in addition to prison. Those consequences could be life-changing. For instance, if convicted, a person may need to submit to satellite-based monitoring or register as a sexual offender. If convicted of failure to register as a sex offender, the person could be charged with an additional offense. A conviction may also lead to loss of housing and job and educational opportunities.

Our Experienced Raleigh Rape Defense Attorneys Can Help You

Being accused of rape is a horrifying experience. Many people feel that, once the accusation is made, there is nothing which they can do to recover their reputation. The experience is especially frustrating if you are wrongly accused of rape. However, the first step to rebuilding your life is to vigorously fight back and challenge the charge against you.

An experienced Raleigh criminal defense attorney in rape can carefully review all of the facts and evidence surrounding the allegations in order to help you to better understand the government’s case. Sometimes, it becomes clear that the evidence was obtained illegally. In other situations, it may become clear that witnesses weren’t really certain about events, the victim was mistaken about identity, or the evidence was collected in an improper way. When these issues surface, a skilled criminal defense lawyer can capitalize on the weaknesses in the prosecution’s case. This could lead to a dismissal of the charges or a reduction of the charges and, ultimately, avoiding a lengthy prison term.

If you have been charged with rape in Raleigh or elsewhere in North Carolina, what you do to protect yourself can decide your future. You will need an experienced and aggressive defense team in your corner. When you work with Kurtz & Blum, PLLC, you will get the honest advice and strategic representation that you need during this difficult time. Contact us today and learn more about how we can help you in a free, no-obligation consultation.