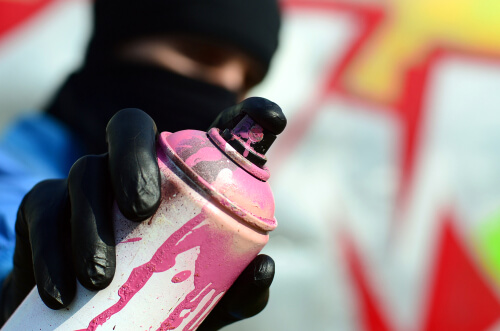 Vandalism may not sound like a major offense. Unfortunately, in some cases, the penalties can be very harsh. Particularly for juveniles who are charged with this type of criminal act, serious consequences can haunt them for years to come.

There are many defenses available to fight vandalism charges in North Carolina. At Kurtz & Blum, PLLC, we’re in your corner. A Raleigh vandalism attorney from our firm can evaluate the circumstances surrounding your arrest and craft a solid defense strategy for you. Many times, we are able to get vandalism charges dropped or argue for minimal penalties. Our goal will be to obtain the best possible outcome in your particular case.

Contact us now to schedule a consultation, and get a skilled criminal defense lawyer on your side.

How a Vandalism Attorney Can Help You

If you are facing vandalism charges, you should not try to fight them alone. There are many ways a vandalism attorney can help you, including:

When you work with the right vandalism attorney, you will have an advocate by your side who will protect your rights and argue your case effectively.

Facing vandalism charges is scary, but the situation is not hopeless. There are common defenses that a skilled attorney can use in vandalism cases.

Another common defense to vandalism is mistaken identity. Sometimes, law enforcement and the prosecution simply get it wrong. This defense is most successful when you have an alibi. When using the alibi defense, someone else will testify that you were with them at the time the crime was committed.

Vandalism is the act of willfully damaging or destroying the property of another person. When a person is charged with vandalism, he or she may be charged with:

There are many offenses in North Carolina related to vandalism. These include damage to portable toilets or pumper trucks; damage to trees, crops, or land of another person; damage to caves; damage to landmarks; and vandalism of human remains.

When Is Vandalism a Misdemeanor?

In North Carolina, most vandalism cases are considered a misdemeanor.

When Is Vandalism a Felony?

There are instances when a person could face felony charges for vandalism.

The most common scenario for a felony vandalism charge is when the accused has prior vandalism convictions. When a person has two or more prior convictions of vandalism, felony charges are laid.

Additionally, when a person is accused of vandalizing human remains, he or she will also face felony charges.

When a person faces felony charges, the associated penalties are much more severe. Depending on the extent of damage and prior convictions a person may have, a felony vandalism conviction can mean at least a few months in jail. The fines associated with a felony charge are also typically much higher.

Of course, one of the most serious penalties associated with vandalism, regardless of whether you are facing a misdemeanor or felony charge, is that convicted individuals will be left with a permanent criminal record. That has extremely serious consequences, as it could prevent you from obtaining employment, housing, and even academic opportunities in the future.

Talk to a Vandalism Attorney Now

At Kurtz & Blum, PLLC, we know that being charged with vandalism doesn’t necessarily mean you will be convicted of those charges. We also know that innocent people are charged with offenses all the time. Particularly in vandalism cases, those accused may have simply been in the wrong place at the wrong time.

Our Raleigh vandalism attorneys have the necessary experience to aggressively argue for your charges to be reduced or dropped altogether. We will fight for your rights every step of the way during the criminal justice process. Contact us now to schedule a meeting with one of our skilled criminal defense attorneys, so we can begin crafting a strong defense against the vandalism charges you are facing.