Home Blog Justice for None: The Impracticality and Inhumanity of the Death Penalty

Justice for None: The Impracticality and Inhumanity of the Death Penalty 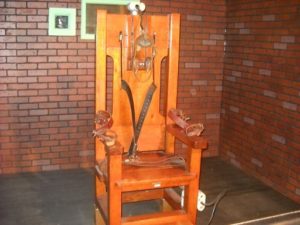 Why Is Medieval Punishment Still a Part of Our Justice System?

I make no bones about saying this: I hate the death penalty. Even if I could agree, on a philosophical level, that killing a human being is an appropriate punishment for a crime and our government could guarantee that the execution would be conducted humanely and without incident, there are too many obstacles that stand in the way of the fundamentally fair application of capital punishment. First, and perhaps most disturbing is that fact that while most of us who work in the judicial system strive for justice through the discovery of the truth, the system is far from infallible. A study by the University of Michigan School of Law estimates that at least 4% of the individuals currently sitting on death row were wrongfully convicted.

Second, it is generally understood that racial minorities are far more likely to receive the death penalty than their Caucasian counterparts. Consider the fact that while African-Americans comprise only approximately twenty-two percent of North Carolina’s population according to census figures, fifty-three percent of death row inmates in N.C. are black. This breakdown of condemned inmates along racial lines is not unique to North Carolina – figures are similar in other states that still have the death penalty. Such staggering data reveals that even if the concept of the death penalty is constitutional, the application of capital punishment certainly is not.

Finally, even if we can morally accept the act of killing another human being as retribution for a crime, the economics do not add up in favor of the death penalty. The issue of the cost of an execution versus the cost of housing a prisoner for life has been addressed in a multitude of studies, all of which have reached the same basic conclusion: it is far more expensive to execute someone than to imprison that same person for life.  A 1990 study concluded that it costs approximately $25,000.00 per year to imprison a person including the cost of the facility, meals, staff, etc. Therefore, an inmate who serves 40-45 years in prison before dying would cost taxpayers approximately $1 million dollars. Conversely, the cost to execute a person is far more expensive, because of the appeals process afforded to death row inmates. A 1993 study at Duke University showed that between 1976 and 1992, the State of North Carolina spent approximately $2.16 million per execution for a total in excess of $1 billion dollars. And make no mistake, $2.16 million appears to be the floor, where execution costs are concerned. The costs associated with executions are particularly disturbing when you consider that eliminating the death penalty would make available millions of dollars which could be used for actual crime prevention.

When you consider that the death penalty is unfairly applied – often among racial lines, is not a deterrent to crime, and that the vast amounts of money spent on a capital defendant could be more wisely used expanding crime prevention programs, why does our nation persist with this outdated and ineffective form of state-sponsored vengeance? A life sentence in jail without the possibility of parole is, in no way, a slap on the wrist and may satisfy the need for retribution. The prospect of a life sentence in jail is so troubling to many prisoners that they elect to waive all remaining appeals in favor of being put to death. From 1977 to 1992, twenty-two prisoners effectively “volunteered” to be put to death whereas from 1993 to 2002, that number more than tripled to 75 volunteers. A life sentence in prison has been described as “psychologically tortuous.” Prisoners have effectively lost all choice and control over their lives in addition to the separation from their loved ones as they spent most hours of the day in a cage.