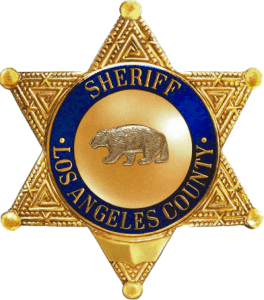 Lying to the police can get you into trouble even if you are a member of law enforcement yourself. On February 10, 2016, former Los Angeles County Sheriff Lee Baca pled guilty to lying to federal investigators who were conducting a corruption and civil rights inquiry into the practices of the Sheriff’s Office. As part of a plea deal, federal prosecutors have agreed not to seek a sentence in excess of 6 months in prison (although a judge is free to accept or reject this deal and sentence Baca to more time behind bars). The charge is a felony under federal law.

The Los Angeles County Sheriff’s Office came under scrutiny after numerous allegations of misconduct and mistreatment of inmates at the Los Angeles County Jail by sheriff’s deputies. In 2011, the FBI initiated an undercover operation using a jail inmate and the information collected has been the basis for the convictions of at least a dozen sheriff’s officials so far. Over the course of the investigation, it was found that inmates were routinely abused, with mentally ill inmates particularly targeted. Some had bones broken. Others underwent humiliation of a sexual nature. Even visitors who didn’t show jail officials the proper “respect” could be subject to physical retaliation.

Officials at the Los Angeles County Jail discovered a cell phone in the possession of the FBI’s informer inmate. The phone had been previously smuggled to him after the inmate bribed a corrupt jail deputy at the behest of his FBI handler. When jail officials realized that they were under investigation by the FBI, the informer inmate was moved from his cell block to two different parts of the jail without authorization, before being taken to a substation and re-booked under a different name. Prosecutors allege that this was done to prevent the informant from making contact with his handlers at the FBI, while the accused insist that it was to protect the informant from being attacked by the deputies he was investigating. Former Sheriff Baca was accused of lying to FBI agents about his involvement in the campaign to isolate the informant inmate from his handlers. He also falsely claimed to have been unaware of his subordinates disrupting a meeting between FBI agents and their informant while in the jail.

This isn’t a story our office has been following closely, but I’m nevertheless pleased to see that police officers are being held accountable for their behavior even to the highest levels of command within a department. While most of the individuals who serve in law enforcement do not participate in any behavior even close to what was carried out by deputies of the Los Angeles Sheriff’s Office, there is also a tendency for fellow officers to look the other way when it comes to misconduct. A law enforcement officer may go about their duties with utmost respect to the rights of citizens but at the same time fail to report the unethical behavior of colleagues. This so-called “Blue Code of Silence” allows bad cops to continue acting badly without fear of censure or punishment. I also find a certain irony to the fact that police can get in trouble for lying to other members of law enforcement, but courts have repeatedly upheld the right of police officers to lie to average citizens in order to move an investigation forward. Cops shouldn’t be subject to a double standard than what’s required of private citizens. If anything, we should expect our police to operate under a higher standard of conduct.

There is some hope that the actions of bad cops will come to light sooner and be remedied more effectively, thanks to more police departments adopting the use of body cams for patrol officers. Even if I’ll never live to see the day when there are no more bad cops, I do think that more oversight of police officers in the field is a good thing. Yet it is haunting to think of how much abuse by police has gone unpunished in the past and how much it will continue to occur until all officers are equipped with cameras. We may not be able to correct the injustices of the past, but with luck, we’ll reduce their chances of happening in the future.