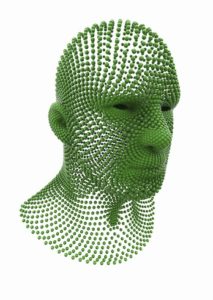 Questions of Privacy Raised Over Police Use of Certain Software

Imagine a world where law enforcement is able to use computers to pick a face out of a crowd in a surveillance video or photo, and then allow the computer to identify this anonymous individual. It sounds like something out of a science fiction movie, but in November, the Raleigh Police Department will launch a one year test program using facial recognition software as part of investigations. Mug shots of those individuals booked into any Wake County jail will be uploaded to a special database, and those photos will then be compared to photographic evidence collected from surveillance cameras near crime scenes. As of yet, no other police department in North Carolina is making use of the technology, but if the test program turns out to be a success in Raleigh, I have no doubt that we will see other agencies begin to explore the possibilities of using the software.

Although the software is new to the state of North Carolina, in 2013, 37 states were using facial recognition programs to learn the identities of people who may have knowledge relevant to criminal investigations. There is at least some scientific basis for use of this technology as well. A study on faces recently funded by the National institutes of Health found that there is more variance in the facial features of humans than there is for other bodily traits. For example, people with large feet also tend to have an overall larger build, but a person with big eyes might also have a short nose or a small mouth. Because of this wide variation, humans are more easily able to recognize individuals by their facial features, rather than through reference to other parts of an individual’s body. While most mammals and many birds have ways of distinguishing between individuals, humans are fairly unique in that they recognize their counterparts visually, as opposed to through smell or sound.

Tracking software of all kinds seems as though it will become a normal part of criminal investigations in the near future. Not only are the police exploring the idea of tracking faces, but license plate tracking is also gaining momentum within the law enforcement community. License plate scanning systems have become available to local police forces in large part thanks to grants from the U.S. Department of Homeland Security. The system uses dashboard cameras from police vehicles as well as cameras affixed to traffic lights to record the movement of vehicles. While originally developed to help federal agents monitor the movements of suspected terrorists, the technology is now being widely used at the state and local level. Roughly 70% of law enforcement agencies surveyed used license plate scanners in 2012, and most of those agencies that did not currently use scanners told researchers that they planned to acquire the technology soon.

Both of these technologies are matters of concern for civil liberties activists with regards to privacy rights. In the case of license scanners, for instance, many judges who have been asked to rule their use have held that the details obtained from the scans can be kept a secret from the public. Even if the details being collected are not part of an active police investigation, or even if details are collected on license plates registered to individuals who are not suspected of any criminal wrongdoing, police are not obliged to share this data with civilians. When officers have access to facial recognition software, what precisely limits them to using only mug shots? Might there not be a temptation to access DMV license photos, or even websites such as Facebook?

It’s perfectly legal for officers to run scans on license plates to check for violations. If the plate is associated with a person whose license has been revoked or who has a warrant out for their arrest, it is within the power of a law enforcement official to detain the vehicle for at least a short period of time for an investigation. I have no problem with these types of stops. Likewise, I have no problem with law enforcement doing sensible things such as putting all points bulletins (APBs) out for license plates suspected to have been involved in crimes. I do, however, share the concerns of civil rights activists about the wholesale collection of license plate data on the general public. Much like with my concerns about the use of drones in public places by law enforcement, I would like the use of such license plate scanners to be tightly regulated and for there to be transparency in its use, inasmuch as possible. My concerns with facial recognition technology are somewhat less defined, as the program so far is limited in its scope. I do, however, worry that facial recognition software may be relied upon too heavily by police, which in turn could potentially lead to wrongful convictions. I’m sure that we’ve all been told at least once that we have a doppelganger, that there is some stranger out there to whom we bear a resemblance. It isn’t unimaginable that mistakes could be made because of this software.

I support the use of technology in criminal investigations and the law – I simply feel we should be conscious of what using any particular technology could entail.