Home Blog Attack of the Drones: What N.C. Lawmakers Have to Say About Unmanned Aircraft

Attack of the Drones: What N.C. Lawmakers Have to Say About Unmanned Aircraft 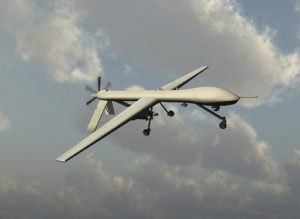 It shouldn’t come as a great surprise to anyone that as certain types of technology evolve and become more readily available, law enforcement practices and the criminal justice system have to adapt to them. In many ways, technology makes the practice of law much easier for everyone involved. We here at Kurtz & Blum, PLLC are able to connect with greater numbers of clients thanks to the internet, and smartphone technology allows our associates to share information and keep track of their cases when they are at the courthouse. As a society, we benefit from more advanced forensic disciplines (when they are performed correctly), as they can help ensure that we are actually catching the individuals who commit certain crimes. Although there can be an adjustment period when new technologies are introduced into my life and my law practice, I am overall very supportive of the smart use of technology. Even I sometimes wonder, however, what certain technologies may mean for our constitutional rights and our privacy.

Most Americans became familiar with the use of unmanned drones due to United States military actions overseas. For years, the U.S. military has been using unmanned drones for surveillance and other matters internationally. Recently, however, smaller remote-controlled drones have been increasing in popularity in the consumer market. While the vast majority of people will use these small aircraft as toys, law enforcement agencies are beginning to view them as tools.

As ever, illegal activity is something of an arms race between law enforcement and criminal offenders. Every time police make a certain method or activity harder to do, the offenders intent on breaking the law find a work around. It is only to be expected that law enforcement agencies would make use of available technology in order to do their job. Yet it is important that law enforcement use of technology be regulated. I’m not against the use of drones by police – I am against the unrestricted use of drones by police. The North Carolina General Assembly already took it upon themselves to limit the use of unmanned aircraft by police, recently passing a law that will take effect in October of this year. The new legislation, N.C.G.S. §§ 300.1 and 300.2 generally prohibits the use of drones conduct surveillance, or to take photographs or video of someone without their consent with the intent to publish that photo. Nothing forbids citizens from using drones, but they are restricted from employing drones in a manner that might disturb someone’s privacy within their home or in other places where one can reasonably expect privacy. However, the law makes some additional exceptions for police.

Under the new law, law enforcement can use unmanned drones in their work in five different circumstances: “(i) to counter a high risk of a terrorist attack, (ii) to conduct surveillance within an officer’s plain view when the officer has a legal right to be at the location, (iii) execute a search warrant authorizing the use of unmanned aircraft system, (iv) having reasonable suspicion of specified imminent circumstances, and (v) photograph gatherings where the general public is invited.”’ Anything that the police already need a warrant to do, they would also need a warrant to use a drone to do the same thing. In other words, police cannot get around the warrant requirement simply by using an unmanned drone. And yet, while I approve of the sentiment behind the law, I don’t think that it goes far enough. The police can use drones to survey public gatherings, but how long can they keep any pictures or videos taken? What specified imminent circumstances justify the warrantless use of drones? What constitutes a “high risk” of a terrorist attack? What types of activities does the term “surveillance” encompass? I’d rather have these questions answered by lawmakers than wait for state courts to make the determination.

Even if I don’t have a reasonable expectation of privacy when I am in a public place, I do feel that I have a reasonable expectation that my government – be it local, state, or federal – should not be regularly keeping tabs on my normal life activities. I also feel that I have a right to know, clearly and unequivocally, when I might expect police officers to employ unmanned aircraft like drones. State lawmakers may have thought that they had offered straightforward exceptions to their drone rules, but I have been working as an attorney too long to be completely satisfied with the General Assembly’s current offering. On the other hand, I would like to commend North Carolina’s legislators for making regulation of drone use a priority. So far as I am aware, there have not been any drone cases of any kind in Wake County, and to my knowledge no police force in Wake County is currently using drones. The inevitability of progress, however, likely means that it is only a matter of time before we do see a case involving a drone. I applaud the N.C. General Assembly for taking steps to regulate the issue of drones before they become a problem, rather than after. As to how exactly the use of drones will affect the criminal justice system, only time will tell.