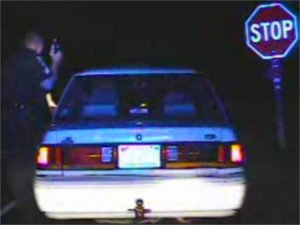 On December 17, 2015, the Southern Coalition for Social Justice (SCSJ) launched a new website that contains information about almost twenty million traffic stops made by departments and law enforcement agencies across North Carolina in the past 15 years. The information will stay as up-to-date as is possible and can provide valuable insight about how frequently there are racial disparities in traffic stops, because the information is broken down by race and ethnicity.

Just as North Carolina’s Innocence Inquiry Commission was the first of its kind in the nation, the SCSJ’s new website is also the first of its kind. It is a testament for growing calls for government transparency, replacing the previous, more cumbersome method of digging through paper records with an easy-to-use web database. In 1999, North Carolina became the first state in America to order the collection of data from every traffic stop conducted by law enforcement officials within its borders. The information was previously available on the North Carolina Department of Justice website, but it was not entirely unambiguous or easy to find. The SCSJ Open Data Policing website, on the other hand, set out to be as user-friendly as possible under the belief that having the Good use of technology is an increasingly important part of the proper fulfillment of the goals of the criminal justice system. Ian Mance, an attorney with the SCSJ stated, “Traffic stops are the most common way that citizens interact with police officers, so it’s important that we understand as much as we can about the various dynamics at play.” The SCSJ hopes that its new website will allow citizens, scholars, and policymakers alike to do just that.

As it stands, there is currently no national database to where one can find material relating to fatal encounters between police and civilians. With deaths like those of Michael Brown, Freddie Gray, Eric Garner, and even some local encounters making headlines across America, a website featuring data about civilians killed by police seems like a logical step in advocating for government transparency. Another smart move is equipping officers with body cameras and making the footage available for subpoena. It would be nice to be able to implicitly trust the police when they say something happened a particular way, but police officers are human beings. Even if they don’t set out to lie or to stretch the truth, they misinterpret information or make mistakes just like everyone else. The problem is that the mistake of a police officer can send someone to jail for a significant amount of time, which is why we must hold law enforcement officers to higher standards of oversight than average citizens. So long as a suitable amount of care is given to make sure that victims of crime have their privacy protected, there are a number of positives with increasing the amount of supervision cops have when investigating crime and enforcing the law.

Because of concerns about unfair practices among police departments with regards to racial and ethnic minorities, some police forces have changed procedures for how officers deal with certain situations they may encounter during a traffic stop. For instance, police departments in some North Carolina cities (namely, Fayetteville and Durham) have begun to require officers to obtain written consent when searching motorists or their vehicles, whereas previously verbal consent was determined to suffice. While this does not prevent officers from warrantless vehicle searches if they have probable cause to do so (such as when they smell marijuana or observe contraband in plain view), it does make it less likely that police can manufacture consent where there was none.

On the whole, we all benefit from better relationships between the community and police. If a segment of the population feels like it routinely faces discrimination from those who enforce the law, it can be hard to have any confidence in the system at large. For decades, racial minorities – especially African Americans – have dealt with law enforcement officers over-zealously targeting them for traffic stops, pat downs, and criminal investigations in general. This bigotry has been due to a long history of prejudice in this country and even though many police departments across America and within the state of North Carolina are taking steps to change how they engage with the community, it is going to be a long time before the inherent biases of the system can be fully corrected. That being said, law enforcement agencies and the criminal justice system as a whole need to be doing everything in their power to make sure that they are operating as fairly as possible. The SCSJ should be applauded for stepping up and increasing the visibility of North Carolina’s traffic stop data. That organization is doing its part to ensure that it is “justice for all” and not simply “justice for some.”