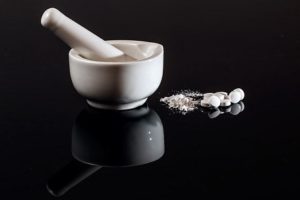 An innocuously named piece of legislation – the “Restoring Proper Justice Act of 2015” – seems set to pass into law before the N.C. General Assembly ends its session for the year. The purpose of the bill? To make it so that state sponsored executions can resume within the Tarheel State.

The proposed bill would conceal from the public the supplier, manufacturer, and dosage of lethal drugs used. This is allegedly to prevent protestors from targeting manufacturers and suppliers of lethal injection drugs. The bill goes even further, exempting the entire execution procedure from oversight by the North Carolina Rules Review Commission, the body currently charged with overseeing the death penalty. Oversight would instead be given to the secretary of the Department of Public Safety, essentially keeping the entire lethal injection protocol in-house with no real ability for outside parties to examine it. The legislation would also repeal an existing law that requires a licensed physician be present at every execution to monitor lethal injections. It is this law requiring physicians that has likely lead to the current proposal to play Hide and Seek with information about North Carolina’s lethal injection procedures.

North Carolina has not executed a death row inmate since 2006. Even though the laws have remained the same in that time, North Carolina’s medical licensing board prohibited any state licensed doctor from taking part in executions. Physicians filed a lawsuit against the State, alleging that continued executions constituted cruel and unusual punishment. Since that time, there has been a de facto moratorium on the death penalty in N.C., even though it technically remains the law of the land. Should the bill pass, a physician need not be present for an execution to go forward – medical professionals such as nurse practitioners, paramedics, or registered nurses could step in to oversee that the procedure goes as it should.

European manufacturers of drugs that could be used as part of execution procedures now no longer sell them to states where the death penalty is still legal. As a result, some states (including North Carolina) passed laws changing the long-popular three drug mix to a single drug procedure. While this may have allowed executions to proceed in certain states, it can hardly be called a success. Botched executions from various other states in the last 18 months have brought the manner in which we execute the condemned into public focus. Last year in Ohio, Arizona, and Oklahoma, inmates were executed with horrifying results – questionable drug cocktails led to the men spluttering, writhing, groaning, and choking before expiring.In the case of Ohio, two inmates had to die from improper executions before their particular two-drug cocktail was called into question. States are literally experimenting on condemned prisoners to find the right blend of drugs to kill others, and legislators don’t seem to have a problem with that.

This law firm vehemently disagrees with the death penalty. It is outdated, racist, and costs the state more money than it is worth. Executing inmates is a holdover from more barbaric times in our history and I’ve personally slept better the last nine years knowing that the State hasn’t killed anyone seemingly on my behalf. Yet there is no denying that the death penalty is still legal here in North Carolina, and I’m honestly not surprised to see efforts to start executions back up. What shocks me is the push to make the process seemingly less humane and transparent than it was before. If the State wishes to resume executions, why would it hide the names of drug suppliers and manufacturers of lethal injection drugs? With just a little research, I can find out which companies supply food, clothing, bed linens, and other products to correctional institutions for the day-to-day life of living in prison. If protestors wish to target those companies for supporting the prison-industrial complex, or for any other reason, they are free to do so. Legislators in the General Assembly, however, wish to protect those companies willing to bring death to inmates of those same prisons.

This is yet another example of lawmakers choosing to be tough on crime instead of smart on crime. It is a lazy way of getting popularity from voters which will likely end up costing the State hundreds of thousands of dollars in legal challenges. No matter what the bill is titled, it does not serve to “restore justice” in any sense of the term – it makes killing people less transparent.This is not a step in the right direction. This is a step back to a time best remembered only in history books. But unfortunately, it seems like a step that lawmakers here in North Carolina are willing to make.