Home Blog Out with the Bad: Termination of Disgraced SBI Analyst Upheld

Out with the Bad: Termination of Disgraced SBI Analyst Upheld 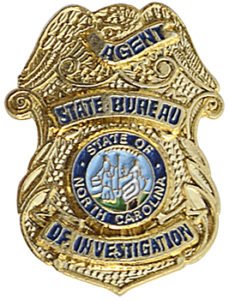 Former SBI Analyst Continues to Fight for His Old Job

The North Carolina State Bureau of Investigation Crime Lab has problems that we have highlighted in previous weeks. Consistent underfunding has led to an environment where too-few analysts try to do forensic work for cases that span the state. There is a heavy backlog in certain lab departments, and long hours and low pay lead to a high turnover rate for analysts. While these are the difficulties currently plaguing the State Crime Lab, the Lab is still haunted by the misdeeds of previous employees, most notably former analyst Duane Deaver.

Deaver worked for the SBI Crime Lab for nearly 25 years performing blood stain analysis – a job that encompassed everything from determining whether blood was present on a surface to deciphering the blood spatter patterns at murder scenes. Deaver was fired from the SBI Lab in January 2011 after an independent investigation from the previous year concluded that SBI analysts had either misstated or outright fabricated results from the blood stain testing in over 200 cases occurring over a 16 year period. Many of the most egregious violations were linked to Duane Deaver or analysts trained by him. The investigation revealed that the SBI Crime Lab was far from a place where evidence was examined and reported on in an objective fashion – training manuals encouraged analysts to support prosecutors and to distrust the efforts of defense attorneys, whether it be during pre-trial investigation or in the courtroom. Although these training materials have since been withdrawn or edited, they served to foster an atmosphere where analysts worked to back up the prosecution’s theory of the case, regardless of whether or not the evidence actually supported that theory. Anything that didn’t support the prosecution’s narrative was downplayed, misstated, or never reported at all. Deaver’s misconduct came to light while Greg Taylor’s case was being heard before the Innocence Inquiry Commission. Greg Taylor is famously the first person in the United States to have been exonerated by an innocence commission, and in 2010 walked free after 17 years in prison after the Commission declared him innocent of the murder he had been convicted of in 1993. The Commission later attempted to hold Deaver in contempt, although that charge was settled out of court.

I consider Duane Deaver being fired from the SBI as the first step on making the operations of the Crime Lab more functional and transparent, but Deaver himself felt that being let go from his job was unjustified and challenged his termination in court. The process has been ongoing, but in August of this year, an administrative judge upheld the termination of Deaver from the SBI Crime Lab. Deaver’s case is not yet over; his appeal must still be ruled on by the North Carolina Human Resources Commission. However, most commentators (myself included) view the administrative judge’s ruling as truly putting any criticism of Deaver’s termination to rest.

Greg Taylor sat behind bars for years because of Deaver’s dishonesty. I suppose I shouldn’t be shocked that a man who could get on the stand and lie about blood evidence with a straight face would also possess the gall to claim that he had been improperly terminated, but I admit, I am. He is arguing to be placed again in a position of trust when he has done nothing to demonstrate to anyone that he deserves it. Justice may be blind, but unfortunately, the players in the justice system are human, with human faults, imperfections, and biases. Duane Deaver probably didn’t start down the path he did with the intention of putting innocent people in prison. He likely thought he was doing the right thing and bringing perpetrators of serious crimes to justice. He may have been dishonesty in his investigative work, but it could be justified as being for the greater good. Heck, he may not even have seen anything intellectually wrong with what he was doing because he thought that police and prosecutors are there to make sure that bad people pay for their crimes, and they could never charge someone with a crime they didn’t commit. Regardless of why Deaver chose to falsify or misstate results, it was wrong. He did the wrong thing. He did it on multiple occasions. And he should never be allowed the opportunity to do the same thing again. Duane Deaver’s case for wrongful termination may be ongoing, but it is fair to say that his career with the SBI is over for good.